Menu
Log in
Register
Install the app
You are using an out of date browser. It may not display this or other websites correctly.
You should upgrade or use an alternative browser.

A write up to follow after I have gathered my thoughts after the first 1,000km of ownership.

In the meantime, here are the glamour shots from the dealership.

Having issues with upload on this site.
Will try from my desktop.
R 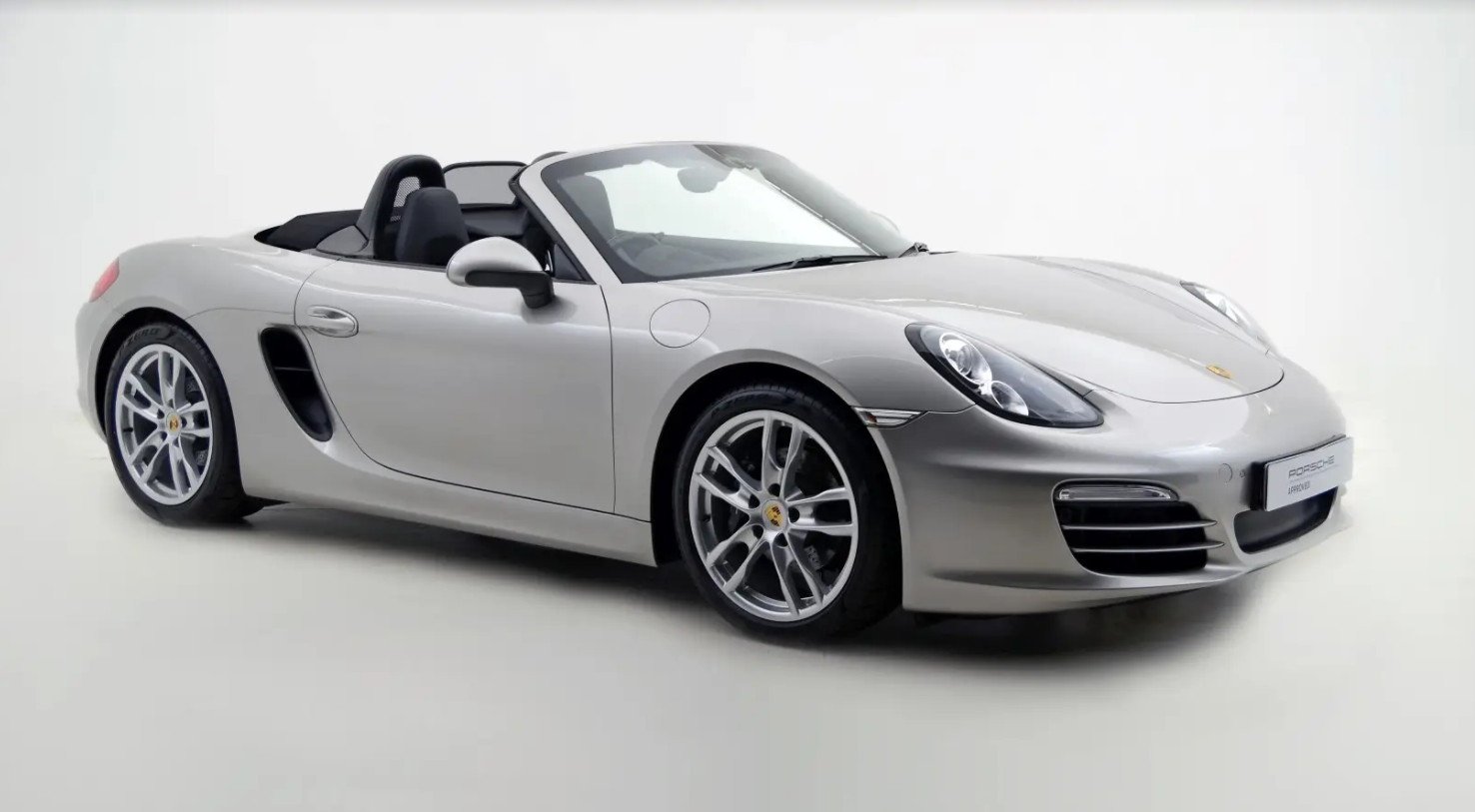 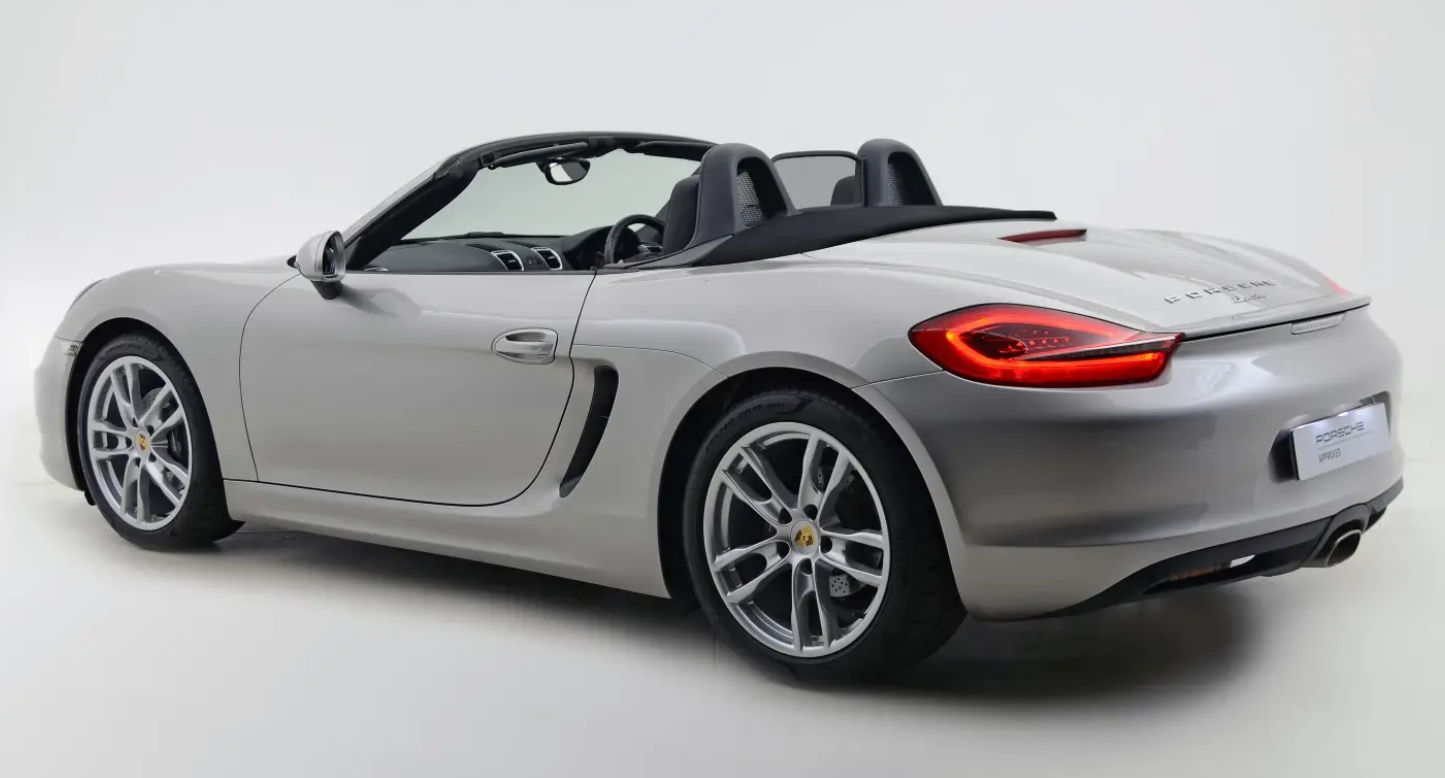 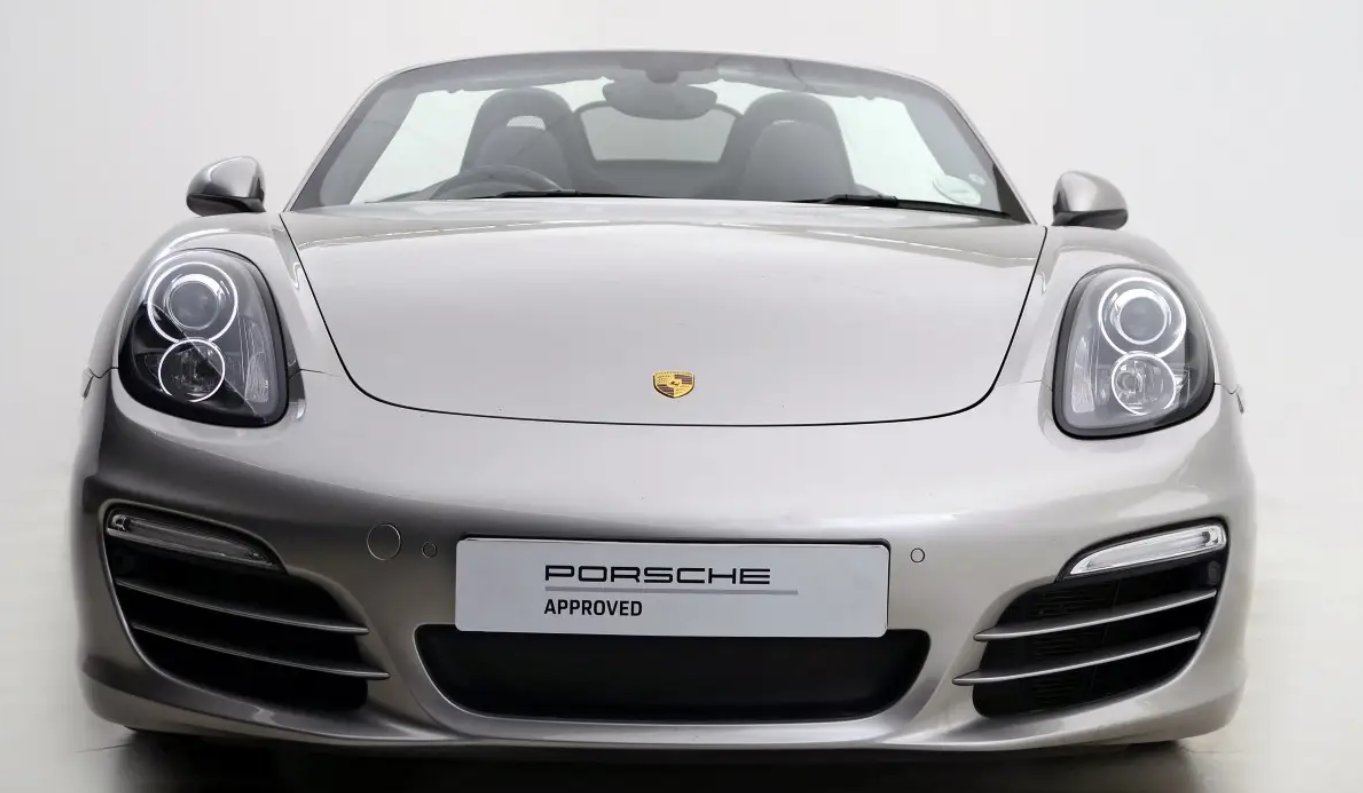 Love the wheels!
Looking forward to your write up and more pics
A

Hey, its the same one!

Damn happy you got it it looks very neat and a great spec! Colour etc matches so well!

The need for a Porsche is ever more apparent!

Looking forward to the write-up man!

After a week of driving, here are my initial views on my 981 Boxster PDK.

As per previous threads, I was looking for a weekend toy in addition to my daily driver. My sights were set on a Mazda MX5 RF, which I was very close to purchasing. However, after seeing a good deal on a low mileage (23,000km) 2013 Boxster at Porsche JHB, especially with a 2 year/200,000km extension included, I decided that this deal was too good to pass up. After settling on keeping one of my existing cars as the official family car, I traded in the other on the Boxster. However, I am still getting ISOFIX retrofitted by Porsche to allow the Boxster to perform the school run. The Boxster is effectively both my daily driver and weekend toy.

The spec on this car is basic. No Bluetooth, no Sat Nav, no USB, no illuminated vanity mirrors, no auto dimming rearview mirror, etc.

I had to mount my phone on the windscreen such that I could easily use Android Auto on it to perform audio steaming, navigation and hands-free calling. There is an Aux input, so that does help getting the phone audio piped through the speakers. However, the speakers are pretty weak, and sounds like something you would find on a Polo Vivo as standard.

The seats are not as comfy as my 2013 TT, but a bit better than the sports seats on my 320d F30. The seats are hard (there is no "give" as you sit on them), but strangely they don't cause any backache, even after hard driving.

The car only has 280Nm of torque. That is the same as a 328i from 1995! You do feel that lack of shove at low revs, especially when in traffic. Given that I am at Highveld altitude, I assume you do feel it even more here compared to sea level. It does get tiring to drive in traffic, since you need to press a bit harder to take a gap in traffic. The accelerator pedal is also pretty hard and has a trigger point before kick down, so needs to be carefully modulated in traffic. In traffic, just leave it in "D" and listen to a podcast or your music - you will not get any joy from this car in the congested urban jungle.

The car has no TPMS. So, keeping a handy tyre gauge in the cubby is a must.
Also, Porsche does not specify run flats for this car and there is no spare either. All you get is a compressor and sealant.

When the road opens up, release the shackles and plant the throttle. The car comes alive. The 2.7 NA flat 6 screams nicely and you ride the Kilowatts (195 of them quoted at sea level, but still feels strong at Highveld) up the rev range. The lack of torque is not an issue. Overtaking is a breeze too. The PDK box is brilliant - it truly adapts to the current driving situation. Audi S Tronic and VW DSG may be part of the same family, but Porsche have worked in some extra magic in their iteration of the dual clutch box. It seems that the box telepathically knows what you are going to do next. Response is excellent. Granted, the car is not as fast as a Golf R or TTS, but it drives and feels more alive. The R/S3/TTS are heavy hitting broadswords, while the Boxster is a rapier.

The car was specced with PASM, which drops the already low car by 10mm and adds adaptive dampers. The ride in "normal" mode is brilliant, even with 19s. Easily better than my 320d on 18s (run flats) and M Sport suspension. I am so glad that the previous owner ticked the PASM box. If you buy any "proper" Porsche (Panemeras, Macans and Cayennes are not), please look for this option. The only negative is that the front end tends to touch on steep ramps (however, speed bumps of all types are handled nicely), so you need to reverse up them rather.

The front trunk is quite spacious. Together with the rear boot, load carrying ability is pretty decent for a sports car.

The OBC has an excellent status monitor to check oil temp, oil pressure, coolant temperature and battery voltage. You can see when all factors are in the optimal zone and then you can drop the hammer. Brilliant.

The soft top is quick and easy to use, up to 50kmh. Sound insulation is quite good, besides for that glorious engine note from behind the seats.

The car was specced with adaptive steering (can't recall exact option name). Very light at slow speeds, but hardens up at higher speeds. The steering wheel is very thin, unlike the M Sport items you get, but is very comfortable to use.

The engine was rebuilt before the car was sold to me. There was an oil leak and it seems that the previous owner skipped a service in the past. Anyway, I am still breaking in the new engine and fuel consumption with heavy traffic and odd blasts is only 10.7litres/100km. Pretty decent I think. As a side note, I was warned that oil consumption may be an issue, initially, and they did provide a litre of top up oil.

One last point on the customer service experience with Porsche. I saw the car online on a Friday. I called the dealership and they had the car ready for me by midday. They told me about the history of the car, including the engine rebuild (short block). The paperwork and queries were handled quickly and professionally. Some work was required on the car - paintwork on the front - and this took a few days. Still they kept me up to date. I offered to pay a holding deposit, given that I could see a few other guys showing interest in the car after I had driven it. The salesman said that no holding deposit was required, as long as I signed the OTP. These may seem like small points, but it is shocking how many premium dealerships ignore the basics.

I will report back after my first service later this year.

In the meantime, I need to plan a road trip.
C

Awesome machine you got there...

The shade "If you buy any "proper" Porsche (Panemeras, Macans and Cayennes are not)..." :fencelook:

The shade "If you buy any "proper" Porsche (Panemeras, Macans and Cayennes are not)..." :fencelook:
Click to expand...

They arent though, they're basically Audi's :fencelook:

Congrats. Wishing you many safe and happy miles.
N

Great write up. I agree totally with you. You need to wind that motor past 4500 and then it really comes alive. Drive it normally and the dsg just shifts up too early. Sport mode really helps a lot as well.

I fitted these aftermarket TPMS sensors on each wheel. Fitted by TwT. Performs quite well:
https://www.steel-mate.co.za/collections...p-s3i-tpms

Advice needed PPF or other protection for Sapphire Blue paint